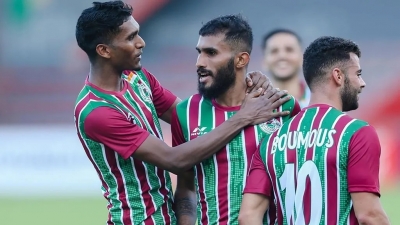 Male:
ATK Mohun Bagan defeated Majia S&RC 3-1 in their Group D match of the 2021 AFC Cup Qualifier at the Maldives National Football Stadium on Saturday. In this way he kept his chances of reaching the knockouts intact.

Aisam Ibrahim (24th minute) scored the first goal for the Maldives team. Majia maintained the lead in the remaining part of the first half.

But the Mariners, who defeated Bengaluru FC in their first league match here, came back strongly in the second half to register a resounding victory with three goals by Liston Colaco (48th), Roy Krishna (64th) and Manveer Singh (77th). Of.

Kolkata’s legendary team will next face Basundhara Kings, who are in Group D, on Tuesday, 24 August. Bashundhara has four points from two matches while Bagan has six points.