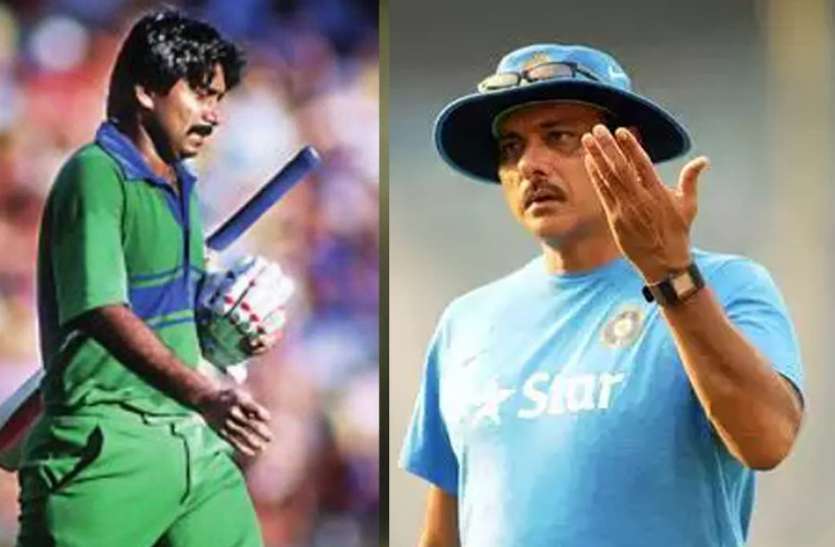 Ravi Shastri has shared such an incident from the year 1987 in his book ‘Stargazing: The Players in My Life’, which everyone is surprised to know.

Cricket teams of India and Pakistan have been the arch rivals of each other since the beginning. There have been many fights between the players of both the teams. Ravi Shastri has now shared such an incident from the year 1987 in his book ‘Stargazing: The Players in My Life’, which everyone is surprised to know. Actually, Shastri has made a big disclosure in his book about Pakistani player Javed Miandad.

Shastri narrated the interesting incident of 1987
Miandad has been in the limelight many times due to his wrong antics on and off the field. Shastri has mentioned one such incident which is from the year 1987. Shastri wrote, ‘When the Pakistani team came to India in 1987, I had a conflict with Miandad after winning the Hyderabad ODI. It was a very tough match and had Abdul Qadir not run for a run off the last ball, the match would have been a tie as the score was tied. Pakistan lost seven wickets in that match and we had six. And as per the rules of that time, we were declared won because we lost fewer wickets.

Also read this news:-IPL 2021: These 5 big players will not play in the second phase, Punjab Kings got a big blow

Shastri ran after Miandad with a shoe
Shastri wrote, ‘India’s victory did not go down well with Miandad of Pakistan. After that match, he came in our dressing form and said that we won by foul play. At that time our enthusiasm was very high. I got very angry at Miandad’s words, I picked up the shoe and ran after him till the Pakistani dressing form. There Imran Khan intervened and pacified the matter.

Miandad didn’t feel bad
Shastri wrote, ‘Even after this incident, there was no estrangement between us. We immediately forgot about this. When the teams were leaving for the next match, we spent a lot of time together in the flight. It was neither mentioned at that time nor after that.