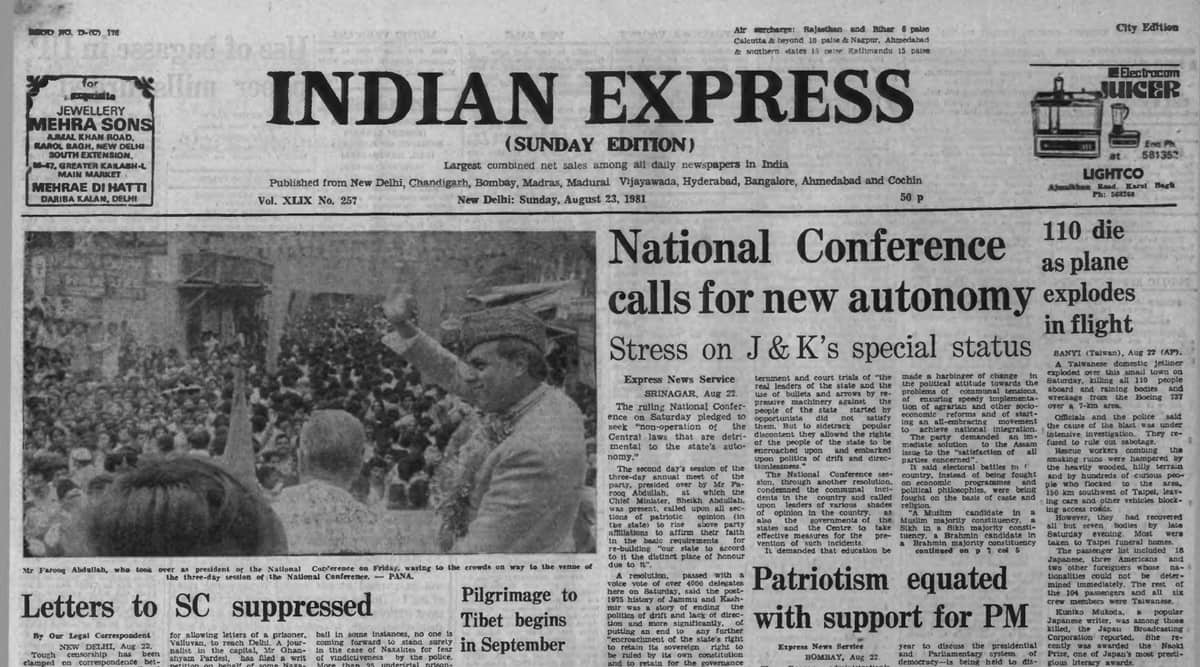 Jammu and Kashmir’s ruling party, the National Conference, has pledged “to seek non-cooperation on Central laws that are detrimental to the interests of the state’s autonomy”. The second day’s session of the three-day annual meet of the party presided over by Farooq Abdullah, at which the Chief Minister Sheikh Abdullah was present, called upon all sections of “patriotic opinion” in the state to affirm their faith in the basic requirements “of building our state to accord it the distinct place of honor due to it”. A resolution passed by a voice vote of over 4,000 delegates said that the post-1975 story of Jammu and Kashmir was one of ending the politics of drift and lack of direction and more significantly, putting an end to any further encroachment of the state’s “right to be ruled by its own constitution”.

Tough censorship has been clamped on correspondence between Naxalite prisoners and the Supreme Court, it is learned. Inspector General of Prisons, RL Handa, has given instructions to jail authorities that all correspondence must be routed through him. Letters from prisoners to their representatives could well be with the state home department or the IGP.

The special staff of Delhi’s West District police claim to have busted a gang of master forgers. The police said amongst those arrested were two officials of the State Bank of India. A 9mm pistol with cartridges was recovered from the alleged cheats.

PM Indira Gandhi is reported to be perturbed over reports that recently appointed chief of the Punjab Congress (I) is not getting CM Darbara Singh’s support. Singh and Parashar have been in the capital for the last few days. Singh has that Parashar has been assigning important party work to her brother, Prithvi Parashar.