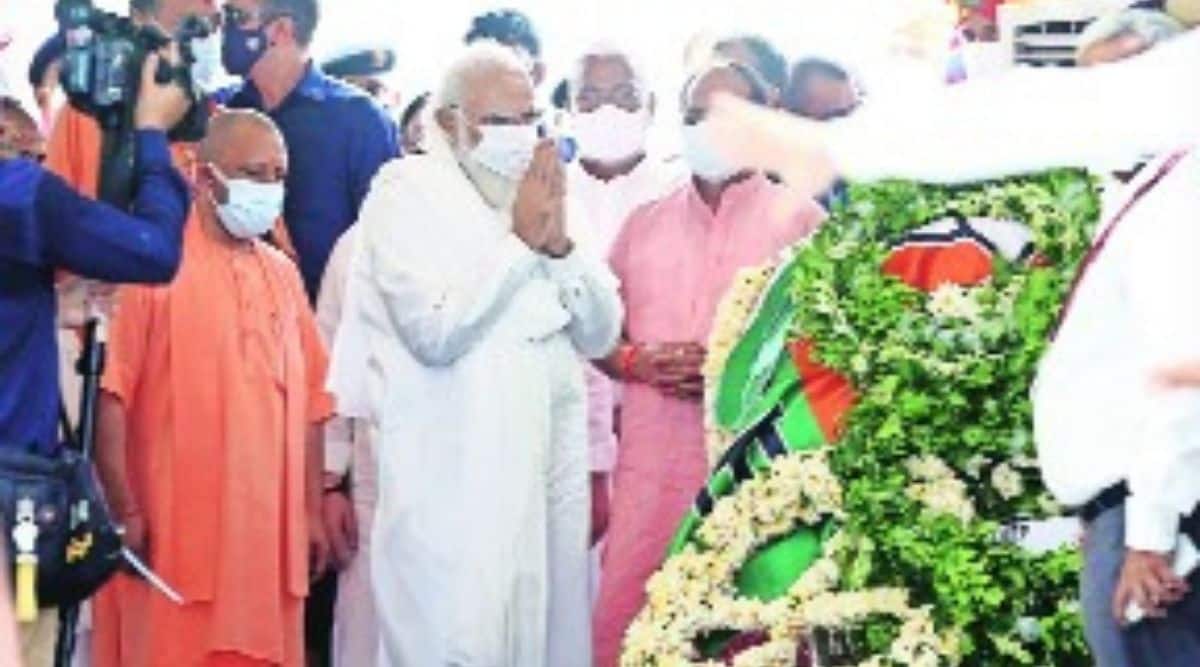 “The country has lost a valuable personality and a capable leader. To fill the void left by him, we should do maximum hard work for his ideals, his promises and leave no effort in achieving his dreams,” Modi said.

He said Singh lived true to the name given to him by his parents. “He lived his entire life for public welfare. He made jan kalyan the mantra of his life, and dedicated his life for the BJP, Bharatiya Jana Sangh family, for an ideology and for the bright future of the country,” he said.

“For the most part of his life, he made efforts for public welfare. Whatever responsibility he got, be it as an MLA, any post in the government, or as a governor, he was a source of inspiration for everyone. He became a symbol of trust for the public,” Modi said. “I pray to Prabhu Shri Ram to give Kalyan Singhji a space at his feet. May Prabhu Ram give strength to his family in the hour of sadness to bear the loss…”

Kalyan Singh was the Uttar Pradesh CM when Babri Masjid was demolished in Ayodhya on December 6, 1992. Singh’s body was taken to Vidhan Bhavan in the afternoon. From there, it was taken to the state BJP office, and then to Aligarh, where it will be kept in a stadium before being taken to his hometown and former constituency, Atrauli.

The last rites will be performed with full state honors in Narora town, about 60 km from Aligarh, on Monday afternoon.

Uttar Pradesh has announced a three-day mourning and a holiday on Monday. Singh, 89, who also served as Rajasthan Governor, was admitted to SGPGI on July 4.