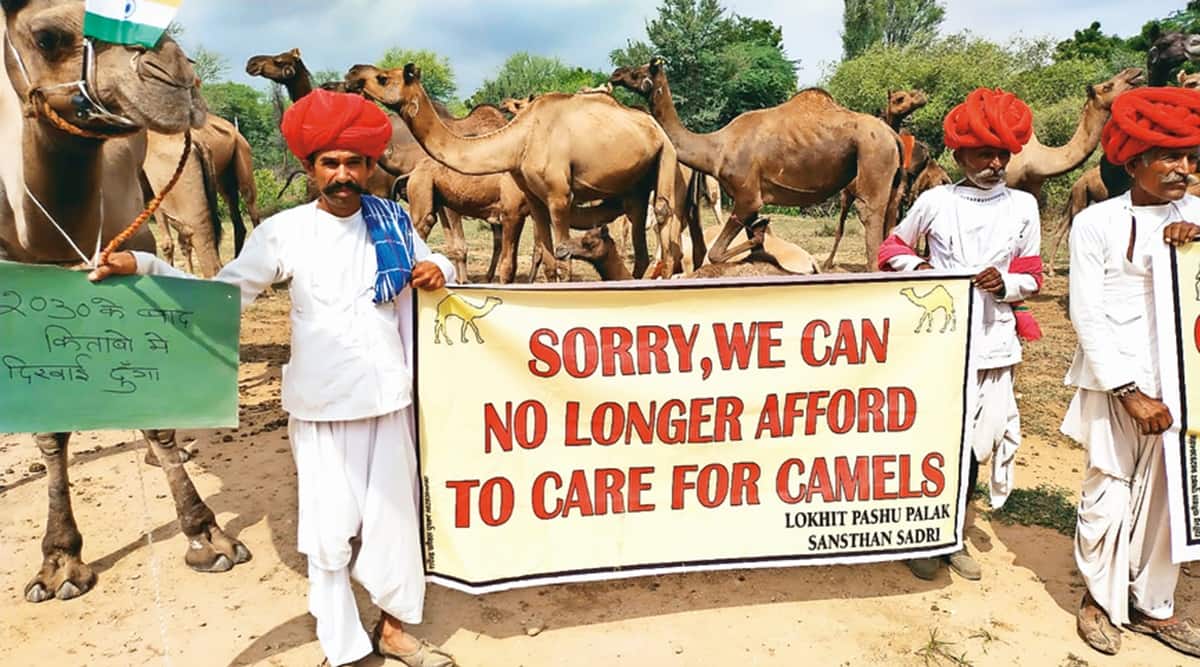 Sixty-year-old Bagduram Bishnoi recalls the time before 2015 when he would sell around 4-5 camels each month, earning more than Rs 30-40 thousand for the sale of one camel.

A camel breeder for several generations, Bishnoi, a resident of Rajasthan’s Jaisalmer district, rues the slump in the business since 2015, when the then Vasundhara Raje-led BJP government in Rajasthan passed The Rajasthan Camel (Prohibition of Slaughter and Regulation of Temporary Migration or Export) Act, 2015.

“Earlier I used to sell 4-5 camels each month. At times I would get prices as high as Rs 40,000 for one camel. Ever since the law was passed, prices of camels have come down to as low as Rs 5,000,” says Bishnoi.

Camel breeders in Rajasthan have been holding protests, demanding amendments to the 2015 Act, and saying that their business has suffered due to the inability to sell camels to buyers outside the state.

“The process of getting permission to transport camels outside Rajasthan is so complex that it often takes months. As a result, many buyers from other states such as Haryana and Punjab who previously purchased camels from Rajasthan and took them to their states for agricultural purposes, have stopped buying camels ever since the 2015 law was passed,” says Hanwant Singh, director, Lokhit Pashu-Palak Sansthan, an organization working for the welfare of camel breeders.

He added that the absence of buyers from different states in cattle fairs has spelt doom for the Raika and Rebari communities, who are traditional camel breeders of Rajasthan.

On August 14, around 20 camel breeders protested in Sadri in Pali district, demanding that they be allowed to sell camels to buyers outside the state.

Activist Singh said that in recent years, camel breeders have struggled to find buyers at famous cattle fairs such as the Pushkar fair because buyers outside the state are reluctant to purchase the camels owing to the provisions of the 2015 Act.

“Smuggling of camels has increased as a result of this,” he said, adding that while there can be a prohibition on the transporting of female camels, male camels should be allowed to be taken outside the state.

“A committee has been constituted on the issue and it has also met for a few times. After the committee submits its report, we will decided on the further course of action,” Rajasthan Agriculture and Animal Husbandry Minister Lalchand Katariya told The Indian Express.