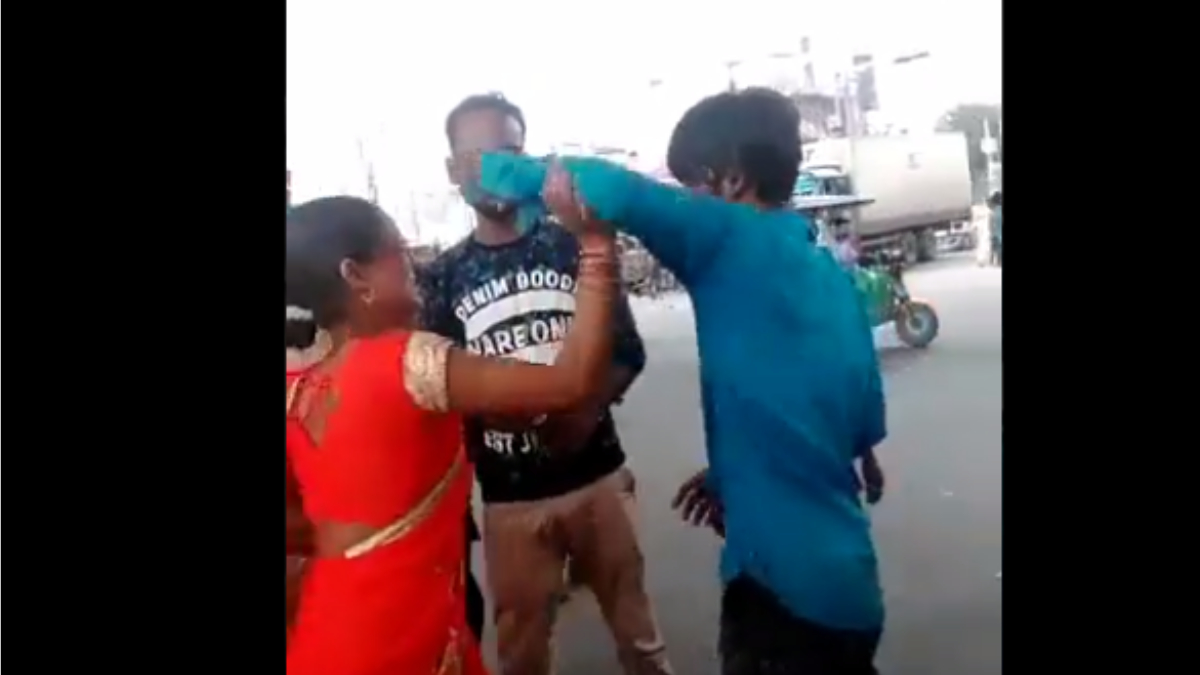 A woman beat up tempo driver with slippers for demanding fare. During this, the policemen who were present there somehow saved the tempo driver.

At the same time, Vikasnagar police station said about this matter that this matter has come to their notice. But till now no complaint has been lodged by the tempo driver, so no action has been taken in this matter. If any complaint is lodged then action will be taken. It is worth noting that recently another video of Lucknow went viral. In which a girl had beaten the cab driver. The police registered a case after the video went viral.