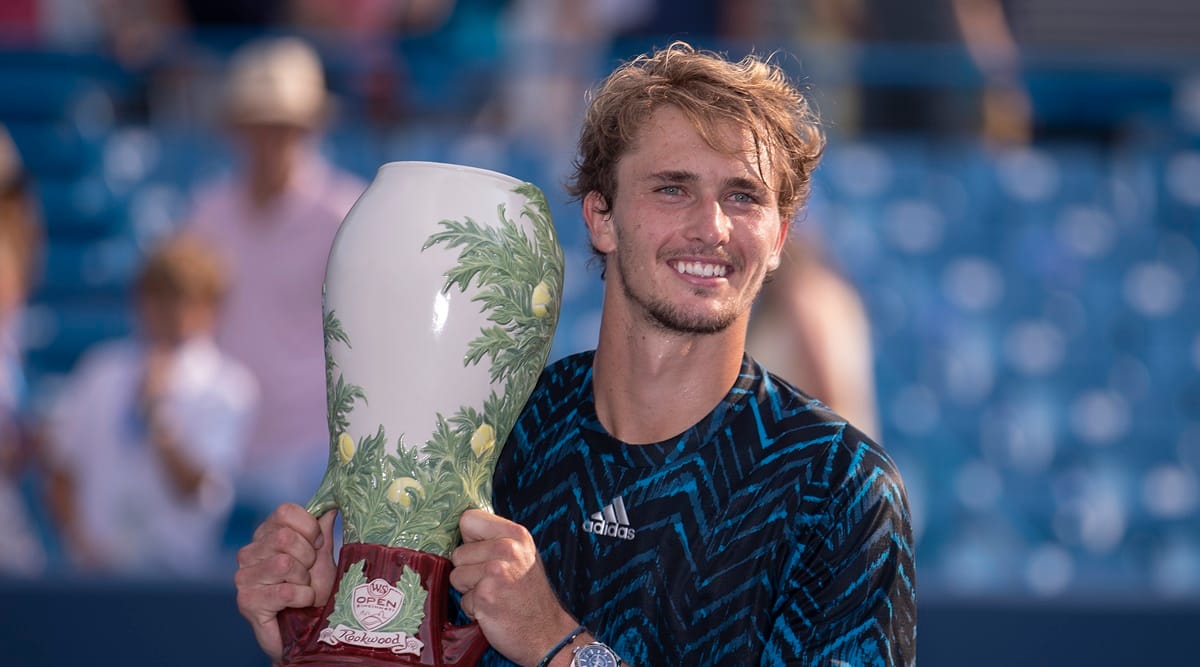 Ash Barty bounced back from a disappointing loss at the Tokyo Olympics. Gold medalist Alexander Zverev carried over his momentum from Tokyo.

Both are in fine form heading into the US Open, which begins a week from Monday in New York.

The top-ranked Barty won her fifth title of the season, taking eight of the last nine games from wild card Jil Teichmann for a 6-3, 6-1 victory in the Western & Southern Open final on Sunday.

Zverev, too, had a relatively easy time in the Cincinnati final, winning the first four games en route to a 6-2, 6-3 victory over seventh-ranked Andrey Rublev.

The match lasted 58 minutes, a welcome result for Zverev after a grueling three-set semifinal win over Stefanos Tsitsipas on Saturday.

“It’s been an awesome week,” said Zverev, who lost to Dominic Thiem in last year’s US Open final. “This is an incredible feeling going into New York.

“The US Open is a week everybody is looking forward to. Novak (Djokovic) will be back, and he’ll be the favorite. The other guys are in great shape. I’m looking forward to the week. Let’s see how it goes. I’ve got a lot of work ahead of me. I have to find my rhythm.”

Barty, who won her first Wimbledon title in July before getting upset in the first round at the Olympics, didn’t drop a set in four Cincinnati matches and played only one tiebreaker.

“It’s been an awesome week,” Barty said. “I felt like, each match, I got better and better in most parts of my game. I was just excited to get some matches under my belt in some tough conditions, and I think it put us in good stead going to New York.”

Last year’s Western & Southern Open was moved from Cincinnati to the US Open site at Flushing Meadows because of the COVID-19 pandemic pandemic.

“This is where you belong,” Barty said to Teichmann during the post-match ceremony. “You played exceptional tennis this week.”

Barty, of Australia, broke Teichmann’s serve to take a 5-3 lead in the first set, then won the next six games.

In the second set, the Swiss player received medical attention during a changeover for blisters on her heavily taped right foot.

“I was very happy with my week,” Teichmann said. “Obviously, today, I wanted to win, but Ash was just too good. I felt like I was there in the first set, but then she got a little break and it was gone. She played some good points. Then, in the second set, she stepped up her level.”

Zverev committed just five unforced errors while improving to 5-0 in his career against Rublev _ all straight-set wins. Rublev admitted having confidence problems when facing his friend, whom he’s known since they were 11.

“You need to win at least once to find this key to what you need to do exactly,” he said. “When you lose match by match, it’s not easy. It’s more mental. It’s not about game. You need to find the key to how to behave inside of yourself about how to play these matches, because the game is there.”