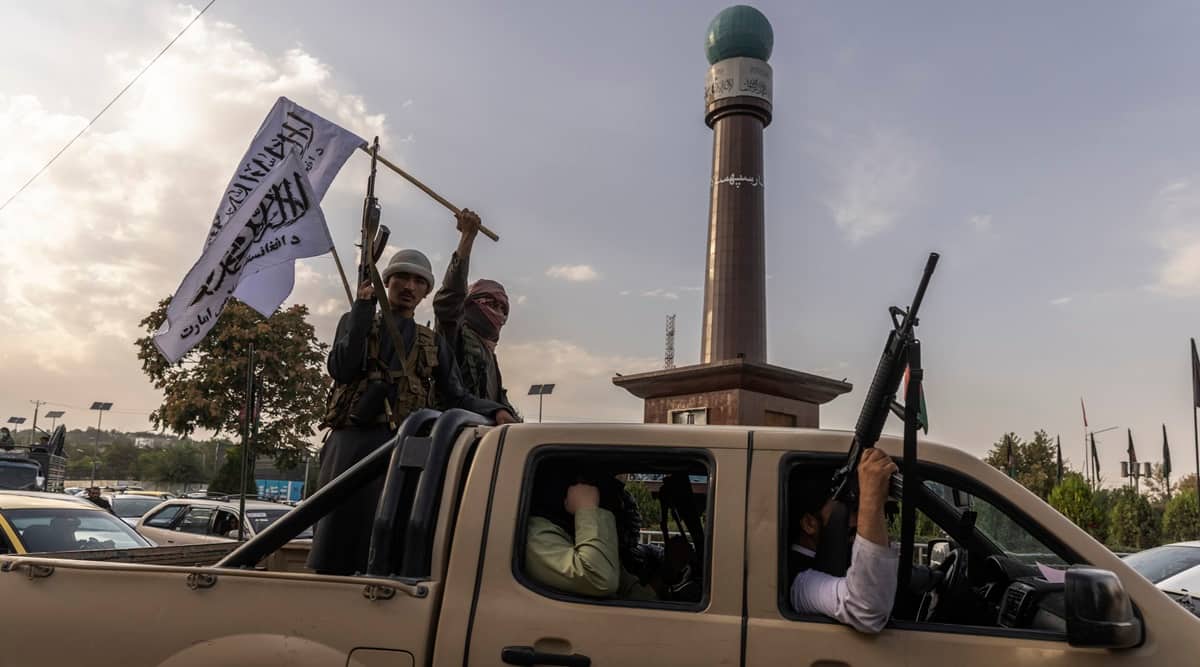 As lethal mayhem persisted outside the Kabul airport, with thousands of terrified Afghans trying to flee, the Taliban have reached out to a former Afghan president, Hamid Karzai, and to Russia in an attempt to fulfil their pledge to form an “inclusive” government and defeat holdouts against their rule.

Little in the Taliban’s history suggests a readiness to compromise on their harsh Islamist principles or to share power, but the United States has warned the militant group that going it alone will result in continuous conflict and isolation. In this context, Karzai, who led the county between 2001 and 2014, appears to have emerged as a possible mediator.

Karzai, 63, a wily maneuverer who as president fell out with the United States over US drone attacks, corruption allegations and other issues, has stepped into the void left by the flight a week ago of President Ashraf Ghani. He has met with Taliban leaders, including Khalil Haqqani, who has been designated as a terrorist by the United States, and is working closely with Abdullah Abdullah, the head of the former Afghan government’s peace delegation.

A Taliban leader described as the acting governor of Kabul, Mullah Abdul Rahman Mansour, talked over the weekend with Karzai and Abdullah. A growing number of senior Taliban have been seen in Kabul in recent days to discuss the shape of the next government, among them Mullah Abdul Ghani Baradar, the Taliban’s chief diplomat and a senior official in the group’s government in the 1990s.

A deputy within the Taliban’s cultural affairs committee, Ahmadullah Waseq, said Saturday that although the Taliban officials were mostly talking among themselves to prepare for more formal negotiations, “we will talk with other parties to form an inclusive government acceptable to all Afghans.”

A delegation of Taliban leaders also visited the Russian Embassy in Kabul, asking officials there to pass along an offer of negotiations to a group of Afghan leaders holding out in northern Afghanistan, the Russian ambassador, Dmitri Zhirnov, told a Russian television interviewer Saturday. How the United States will view Karzai’s reemergence was unclear. So, too, was whether Afghans would believe the sudden professed moderation of the Taliban, whose oppression of women and brutality have been hallmarks of their fundamentalism.

A week after the Taliban overran the country and the two-decade-long attempt by the US to shape a democratic Afghanistan collapsed, there was no sign of any Cabinet taking form.

“Altogether, we lifted approximately 11,000 people out of Kabul in less than 36 hours,” he said. “It’s an incredible operation.”

The president seemed to suggest that the US forces defending the Kabul airport were extending the security perimeter, saying that the military has made “tactical changes” to increase security. Biden also said that the Aug. 31 deadline for removing all US troops could be extended if necessary.

Biden said he did not know whether the Taliban could be trusted to form an “inclusive” government and rule with greater moderation than in their first time in power. But he said that they had “by and large” given Americans access to the airport and that if they wanted to govern Afghanistan effectively, they would need help from the United States and other nations.

“The Taliban has to make a fundamental decision,” he said. “Is the Taliban going to attempt to be able to unite and provide for the well-being of the people of Afghanistan, which no one group has ever done since before — for hundreds of years? And if it does, it’s going to need everything from additional help in terms of economic assistance, trade and a whole range of things.”

Aside from US citizens, the president has vowed to redouble efforts to save Afghans who worked with the United States and are likely to be targeted by the Taliban.

The British Defense Ministry, which has troops at the airport, said Sunday that seven Afghan civilians had died in the crowds, where people have been trampled to death, among them a 2-year-old girl. “Conditions on the ground remain extremely challenging,” the ministry said. In a phone interview, Jane Ferguson of the PBS NewsHour, one of the few Western correspondents still in Kabul, said, “The scenes are apocalyptic. People are fainting and dying. Children are going missing.”

Every death at the Kabul airport, every child with a teddy bear backpack separated from a parent, every Afghan supporter of the United States who is marooned reinforces the impression of an unplanned US withdrawal that was too precipitous and based on a disastrous misjudgment of the capacities of the US- and NATO-trained government military forces. They simply melted away.

Violent scenes at the airport have become grimly commonplace as Afghan desperation meets a dearth of flights and the US’ disarray as to how to deal with the overwhelming demand for protection and asylum.

In an effort to speed the evacuation, Defense Secretary Lloyd J. Austin III ordered six commercial airlines to provide passenger jets to help with the growing US military operation evacuating Americans and Afghan allies from Kabul, the Afghan capital, the Pentagon said Sunday.

At Kabul airport, the presence of Taliban fighters around the perimeter mingling with British and other Western forces created an impression “like a very strange dream,” Ferguson said. It underscored how, in a moment, with scarcely a shot fired, Afghanistan was lost, the Taliban entered Kabul, and the white flag of the Islamic Emirate of Afghanistan was hoisted.

Still, resistance remains among the Afghan leaders who have taken refuge in the Panjshir Valley, a rugged gorge where Afghan fighters resisted the Taliban for years during Afghanistan’s civil war in the 1990s. Former Afghan officials put the number of fighters holed up today in the Panjshir at 2,000-2,500 men, but they are isolated and lack logistical support. A former first vice president, Amrullah Saleh, who is based there, now claims to be the “caretaker president” under Afghanistan’s US-brokered constitution of 2004 because Ghani fled the country. The Panjshiris have said they intend to resist a takeover of the valley unless the Taliban agree to an inclusive government.

The Taliban’s request that Russia mediates negotiations with the holdouts appeared to underscore America’s weakening strategic position in Afghanistan. The Taliban has this year intensified ties with the Kremlin as the preeminent power in Central Asia.

Since being toppled in 2001, the Taliban have gained diplomatic experience and are aware of how international isolation crippled the economy in their previous rule from 1996 to 2001. Still, any attempt to be “inclusive” will face opposition from hard-liners that even Karzai will be hard-pressed to finesse.

If Karzai is perhaps less hated by the Taliban than was his successor, Ghani, he is nonetheless regarded with deep suspicion. Up to now, there appears to be no reason to believe he has made headway in his pursuit of a peaceful transition acceptable to a majority of Afghans.