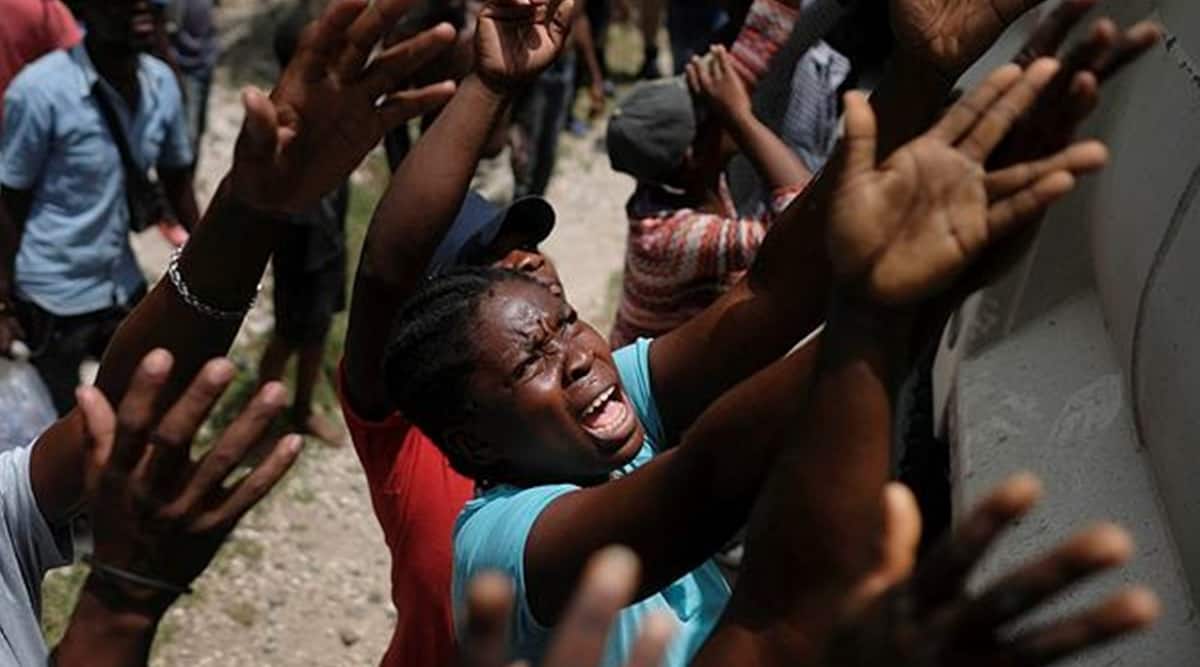 Hundreds of Haitian earthquake victims desperately lined up for hot meals delivered to a sweltering makeshift camp this past week, fighting over — and scooping from the muddy ground — rice and chicken that spilled from plastic food containers.

The 7.2-magnitude earthquake that rocked southern Haiti on Aug. 14, killing 2,200 people, struck a country already in crisis, with few legitimately elected officials and a paralyzed, unpopular and underfunded caretaker administration.

In the absence of a concerted state relief effort, prominent Haitian politicians have tried to fill the gap, flying out the injured on their private planes, delivering medical supplies and food and even handing out cash.

With general elections on the horizon, their personal initiatives have taken on political overtones, and the epicenter has in effect become a campaign launchpad for some of Haiti’s presidential and congressional hopefuls.

In the capital, Port-au-Prince, the politicians’ efforts have raised difficult questions about the fine line between offering urgently needed aid and cynically exploiting the suffering.

“The disaster zone has become a terrain for political exercise,” said Fritz Jean, a public policy expert in Port-au-Prince. “If you look at the aid they are giving, it’s a repugnant political campaign.”

Politicians here have a record of exploiting natural disasters for personal gain. After Hurricane Matthew’s landfall in Haiti coincided with the presidential campaign in 2016, candidates flooded the area with donated water bottles and boxes of matches plastered with their faces.

Jovenel Moïse, who served as president until he was assassinated in his home last month, cemented his campaign lead by delivering a shipment of rice to hurricane survivors shortly before the vote. The bags of rice bore his party slogans, angering community leaders.

Moïse’s death left without a president, a functioning Parliament or a Supreme Court. Although general elections are officially scheduled for Nov. 7, the caretaker prime minister, Ariel Henry, says the country first needs to tackle pervasive gang violence and appoint a new electoral board.

Since Moïse’s killing, members of Haiti’s elite have been jockeying for power, visiting Washington and interviewing and hiring American lobbyists in moves widely seen as explorations of electoral bids.

The aid provided by former elected officials has contrasted with the largely ineffectual relief effort mounted thus far by the Haitian government.