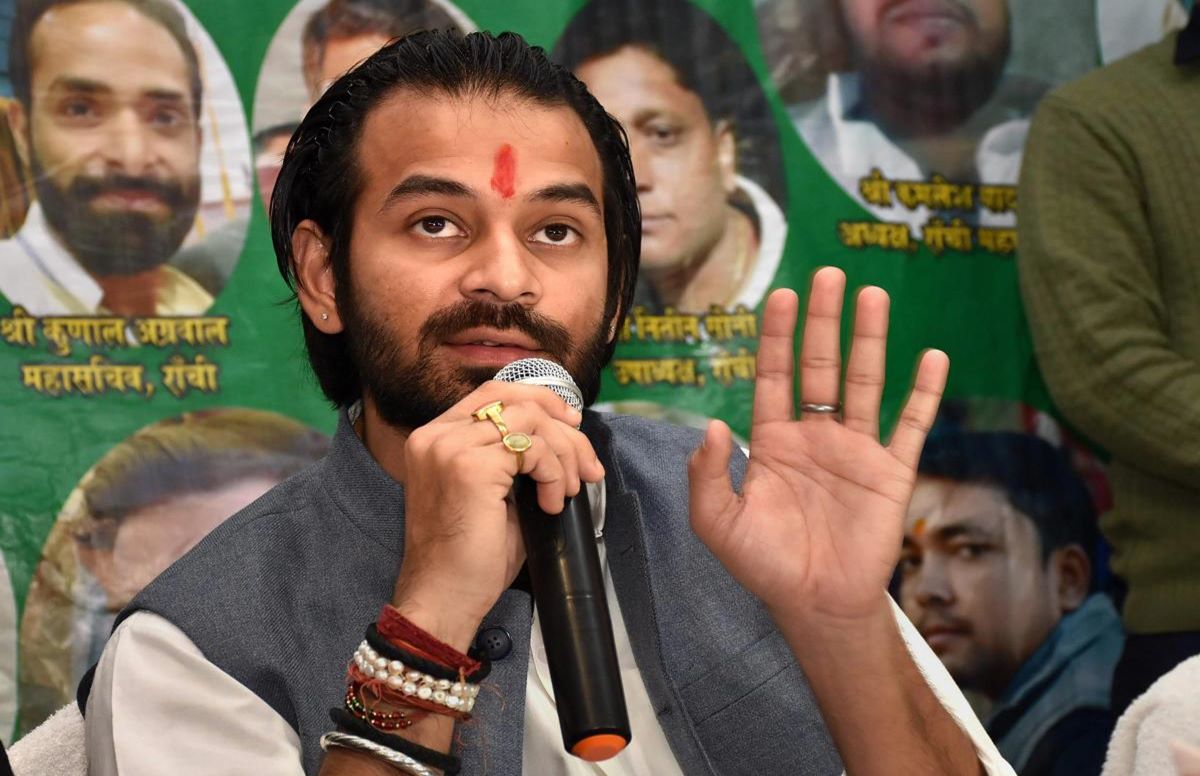 Tej Pratap Yadav is angry with the party’s state president Jagdanand Singh and Tejashwi Yadav’s advisor Sanjay Yadav. On Saturday, he had even said that Sanjay Yadav, advisor to Deputy CM Tejashwi Yadav, wanted to kill him.

The controversy in Lalu Prasad’s party RJD does not seem to be diminishing. Lalu Prasad’s elder son Tej Pratap Yadav is constantly angry. On Sunday, he sought his share in the party through the lines of Rashmirathi. He wrote that give only five villages, keep all your land.

Let us tell you that Tej Pratap Yadav is angry with the party’s state president Jagdanand Singh and Tejashwi Yadav’s advisor Sanjay Yadav. On Saturday, he had even said that Sanjay Yadav, advisor to Deputy CM Tejashwi Yadav, wanted to kill him. After which on Sunday, he wrote the line of Rashmirathi on Facebook and told his opponents to Duryodhana. Through poetry, he has now given the final warning of war.

Tej Pratap Yadav alleged that Sanjay was abusing her on social media. He also has screenshots as proof. Everyone will be booked for defamation. Sanjay went to Delhi with his younger brother. Lalu’s elder son said, “I am not alone. From youth to the whole public is with me. Where there was wrong, Krishna used to show anger. Mahadev was also angry at the wrong. I am human. I fight for the truth, that’s why people try to harass.”

What is the whole matter?: The relations between the state president and Tej Pratap have been bad for a long time. After which he got angry. Later when he came back to office, he handed over the command to Gagan Yadav in place of Akash Yadav, the student RJD president, although he said that the student RJD had no president till now. Tej Pratap Yadav is very angry after the removal of Akash Yadav. After this he also tried to meet Tejashwi Yadav on this issue but allegedly Sanjay Yadav did not let him meet, after which he has become an attacker on Sanjay Yadav.