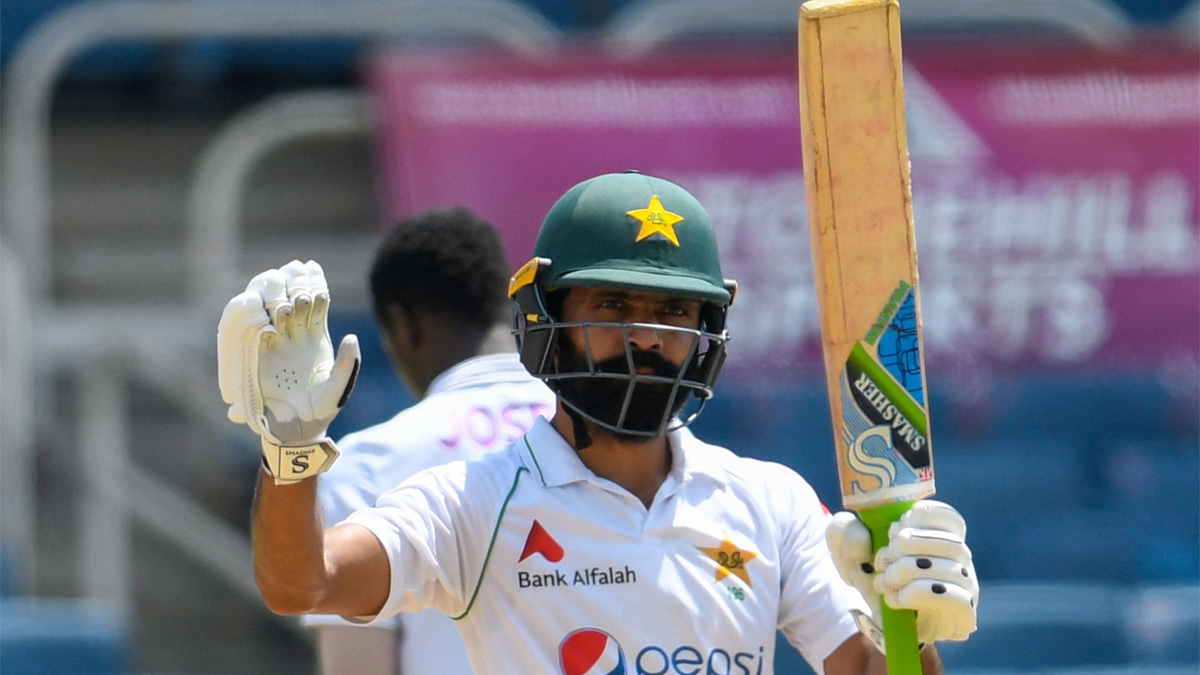 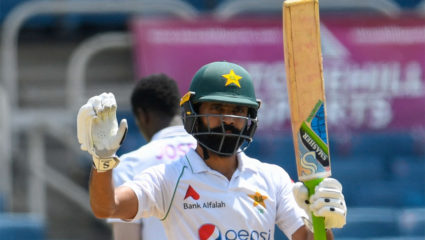 New Delhi: Fans got to see a lot of new things in the second Test match between Pakistan and West Indies (PAK vs WI Test Series). This match was very exciting. In this opinion, the hold of Pakistan has become very strong. For which full credit goes to Pakistan’s middle order batsman Fawad Alam. Fawad has created a buzz in this match, after which he is being discussed everywhere. In this match, Fawad Alam Century remained unbeaten till the last and scored 124 runs from 213 balls for his team.

Left-handed batsman Fawad hit 17 fours in this match. This is Fawad Alam’s 5th century in Test cricket. At the same time, there is a fourth century in the last 12 months i.e. 1 year. With this century, he has left behind many legendary players as well. Fawad has become the batsman to score five Test centuries in the shortest innings for Pakistan.

Pakistan have declared after posting 302/9 in their first innings.

Fawad Alam is the pick of the batsmen finishing with an unbeaten century. #WTC23 | #WIvPAK | https://t.co/MXEhzUVmcv pic.twitter.com/DdzP2gXpgw

Fawad has left Younis Khan behind in this case. Fawad has scored his fifth century in the 22nd Test innings, while Younis Khan did this feat in 28 innings. Along with this, he has also left behind Samil Malik, Javed Miandad and Shahid Afridi.

The King has scored another like a boss. 5 s in just 13 games, 5 different countries, 5 different grounds. Ladies and gentlemen, Fawad Alam for you! ?#PAKvWI pic.twitter.com/dtqlaIzQgt

Fawad Alam has faced many ups and downs in his Test career. His entry in the Test match was in 2009. He played three Test matches in 2009, but then later he was dropped from the team. Then after 11 years in 2020, he returned to Test. Fawad, who already scored a century in the first Test, has performed exceptionally well after his return. After which he has also become the main player of the team.

Now if we talk about the match, then batting first, Pakistan has ended its innings on the score of 302-9. After which Pakistan’s hope of winning has increased even more. Also, the West Indies team, who came to the ground to chase this score, has currently lost 3 wickets at 39. After which the visiting team has a chance to level the series 1-1 by winning this match.