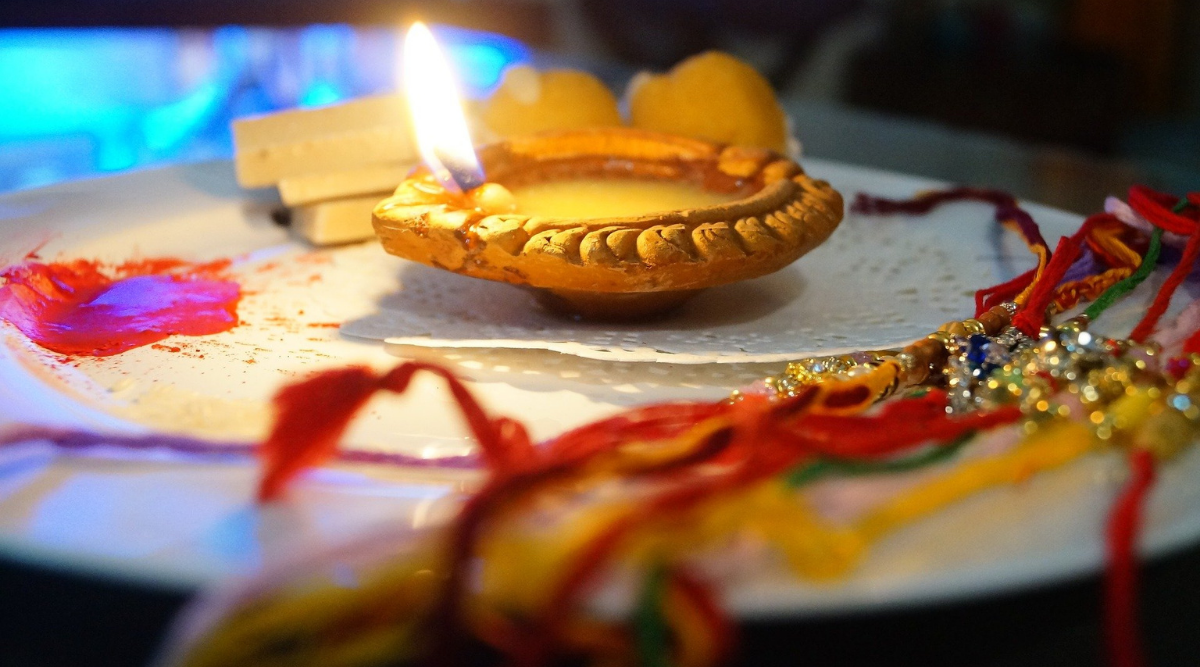 “Brother, he was six years older than me. I last tied him a rakshasutra in the year 2017. In 2020, I could not even send Rakhi to him. Brother had even told me about it that he did not send Rakhi.

The bond between brother and sister is unbreakable. With life as well as after it. The hallmark of this on Sunday (August 22, 2021) the holy festival of rakshabandhan But it was found in Nagaur district of Rajasthan.

There brother Chiranjilal invited his sister Lakshmi some time back. It was said that to come home and tie the thread of protection on the festival. But this wish of his beloved sister remained unfulfilled even this year. Actually, the brother suffered a heart attack during the Independence Day parade. He was a head constable in BSF and originally hailed from village Harsaur. He was cremated in the village itself on August 17 with state honors.

According to local media reports, the sister was unable to tie Rakhi to him for four years. In order to remove this stigma, this time he tied a rakhi on the pyre and kept his promise to his brother in a symbolic way. According to the custom, a tripaduka was kept there to cool the pyre, on which Lakshmi tied a rakhi.

He told the media, “Brother, he was six years older than me. I last tied him a rakshasutra in the year 2017. In 2020, I could not even send Rakhi to him. Brother had even told me about him that he did not send Rakhi. However, on August 13, he had come to my house in Jaipur to meet me.”

Laxmi said, “Bhaiya had said during this time that he did not send Rakhi last year. This time you come home. I will also come to the village. Then definitely tie a rakhi to me. I tied rakhi today to fulfill that promise.”

Women celebrated Rakshabandhan with soldiers on India-Pakistan border, LoC On the occasion of Raksha Bandhan, schoolgirls and women tied rakhi to soldiers and paramilitary forces deployed along the Line of Control (LoC) and the International Border in Jammu and Kashmir. Events were organized at several security establishments and military camps to celebrate Raksha Bandhan, with several videos of locals tying rakhis to Army, paramilitary forces and police personnel on social media.