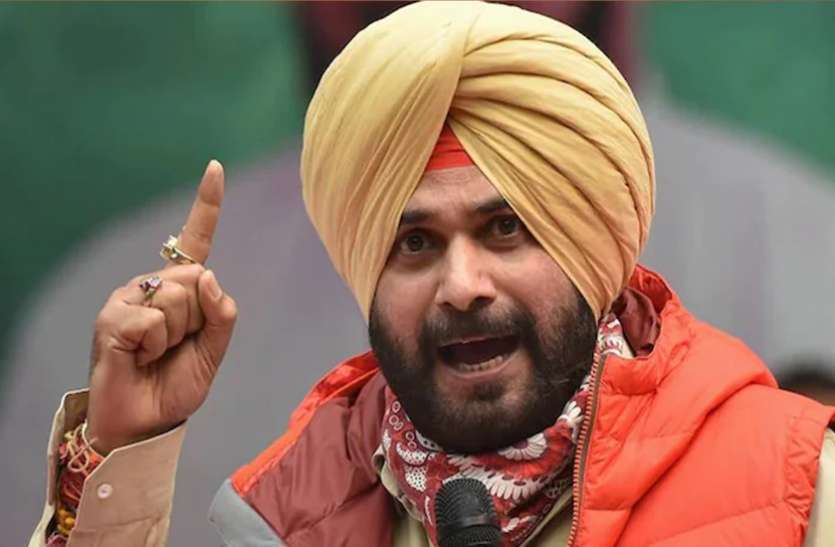 Navjot Singh Sidhu says that while in Congress, Amarinder Singh tried to end his politics, but today he himself has ended. The situation is that today they are licking the words of Narendra Modi. Today the captain has no status of his own, he is forced to dance on the instructions of PM Modi today.

New Delhi. As the Punjab Assembly elections approach, the war of words between Punjab Congress President Navjot Singh Sidhu and former CM Captain Amarinder Singh has intensified. During a program today, Punjab Congress President Sidhu has made a scathing attack on Capt. He said that while in Congress, Amarinder Singh tried to end his politics, but today he himself has ended. The situation is that today they are licking the words of Narendra Modi. Today the captain has no status of his own, he is forced to dance on the instructions of PM Modi today. Navjot Singh Sidhu has given this statement in a public meeting organized in Kapurthala.

Captain became a puppet of BJP
Punjab Congress President Navjot Singh Sidhu attacked the Captain and said that he used to say that the doors have been closed for Sidhu, but today the situation is different. Today the Captain himself is sitting at home and licking the feet of Narendra Modi. Captain today has to work like a person without conscience. Former CM has become a puppet of BJP today.

I will raise my voice for the public
Sidhu further said that the two Chief Ministers of the state who settled me have tried to spoil my political career, but today both themselves have been out of power. The Punjab Congress chief said that many people are still conspiring against me in the state, but I will continue to raise my voice for the public.

Read also: Attempted sacrilege of Guru Granth Sahib in Golden Temple, mob lynched to death Sidhu said on sacrilege in Golden Temple
During this, Sidhu also reacted to the recent sacrilege attempt at the Golden Temple. He said that the person doing this should be punished severely. Such sacrilege cannot be accepted at all, whether it is the sacrilege of Quran Sharif, Bhagavad Gita or Sri Guru Granth Sahib. Such people should be hanged in the crowd.
Read also: Punjab Assembly Elections: BJP candidates on 80 seats, how will the talk on seat sharing be made with Captain Significantly, on Saturday, a man tried to desecrate the Guru Granth Sahib at the Golden Temple in Amritsar. On this, the people present there have beaten to death the person who tried to commit sacrilege. It was told that the servants there were going to catch the man and hand him over to the police, but then he was attacked by an angry mob. At the same time, he was beaten to death in the Darbar Sahib premises itself.