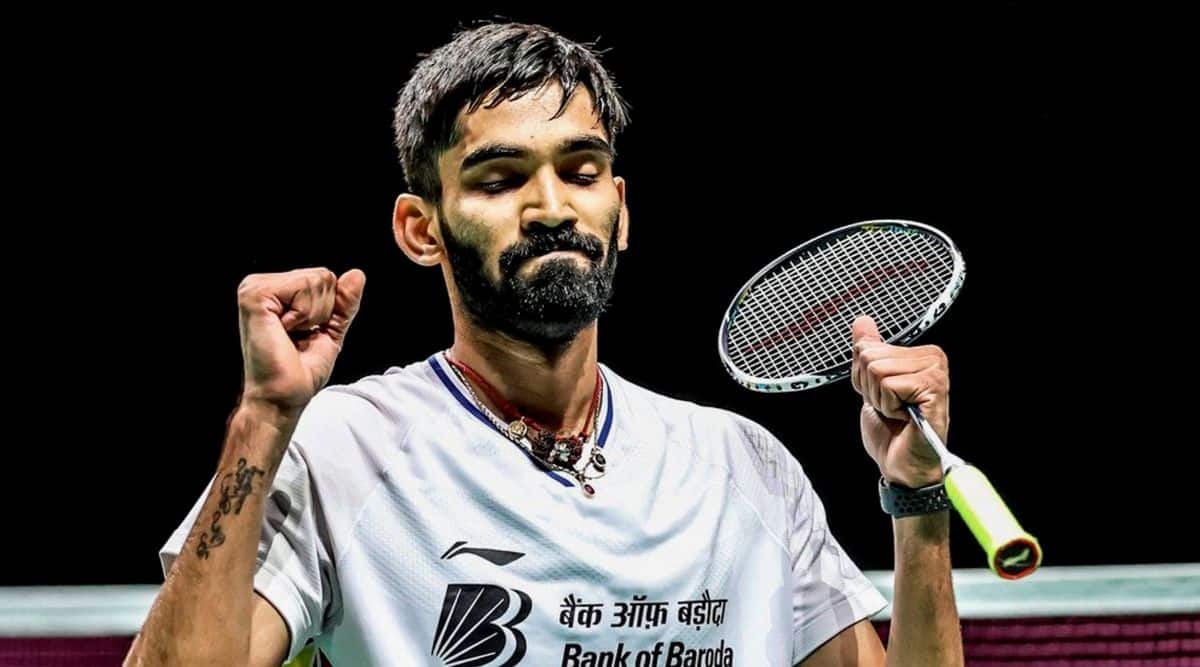 When he missed the Tokyo Games due to a mix of injuries and cancellation of qualifiers due to the covid-19 pandemic, shuttler Kidambi Srikanth said to himself that the Olympics is not the end of the world.

He was confident that his time would come and he worked towards it. Now, he is glad that his toil has paid off, evidence of which is a historic world championships silver medal in the men’s singles competition.

“Olympics… I was also disappointed. If you look at it, I was still the highest-ranked player from India. But, some tournaments were supposed to happen for Olympics qualification. Nearly, seven to nine tournaments got cancelled,” Srikanth said on Tuesday.

“First part of the qualification, I could not play because of my injury. Second part, I was fully fit. But, tournaments did not happen.

“2021, they said resumption… I played Swiss Open semifinal. I had said I was feeling confident, I can make it to the Olympics. But, again, every tournament got canceled. Those things are something I don’t have any control over. So, I don’t want to talk about it.

“I felt that day that Olympics is not the end of the world. I thought that I will have my own chances. I worked towards it. I am just happy that everything paid off.” Seeing to become a better player by working on his shortcomings, Srikanth said he will “focus on maintaining” his form and fitness heading into a hectic new year.

The 28-year-old former world number one from Guntur, Andhra Pradesh on Sunday became the first Indian male shuttler to claim a silver medal at the prestigious tournament.

On his return to the country, Srikanth said, “Now my only focus is on maintaining this and to improve further. Because, All England and then Commonwealth Games, Asian Games are there next year. It’s a very big year.

“Next eight to 10 months are very important for me. So, I am looking at talking to Gopi anna (coach Pullela Gopichad). I will try and work on what went wrong in the last few months.

“Even though I played finals, there will definitely be some negatives, I have to work on to become a better player.”

In the summit clash in Spain, Srikanth, currently ranked 14th in the world, blew leads of 9-3 and 18-16 in the two games against Loh Kean Yew of Singapore to see the coveted title slip out of his grasp.

The multiple-time Super Series winner seemed pretty relaxed as he took question from the scribes here. A world championship medal doesn’t come easy, so he has reasons to be happy.

“A very great feeling. A very special tournament for anyone. World Championship has it’s own special significance. To play final of such a major event, I am very happy.

“Next year is again a very important year I feel. There is no time to celebrate this win. Because, India Open is starting from January 10. In March, All England is there. Then Commonwealth Games. Then world championship, Asian Games. So many big events lined up.

“I am just happy that I could peak at the correct time. From September, when I started playing tournaments, I slowly started improving. Match by match, I could see the difference.” He had a stellar run in 2017, securing four super series titles in five finals. It was a rare feat achieved only by the likes of Lee Chong Wei, Lin Dan and Chen Long in a calender year.

However, the year ended with Srikanth suffering a knee injury during the French Open in November, and he aggravated it at the national championships.

“At the moment, I feel the injury phase is over. I am just very happy with my physical state. I am feeling confident about the way I am moving on court. At the moment, it will be about improvement.” Asked what was the best part of his campaign in Spain,” he replied: “Overall, everything. I think I just loved the way I played. My physical condition. What I loved the most was I was able to be aggressive throughout the tournament. That is something that gave me immense confidence.”

Talking about his semifinal match against younger compatriot Lakshya Sen, Srikanth said, “It has been four, five years since I played a match with Lakshya. I have been watching his progress. He has been playing exceptionally well. So, it was new for me.

“Going into the match, I really wanted to play my best and try and win at any cost. I gave everything I have got. That was one of the reasons for getting so tired in the match. It was a long match. We both were kind of aggressive throughout.” Srikanth said he had his chances in the 2017 edition of the world championships but this time around, he was not expecting much.

“In 2017, I thought I had my chances. I thought I will definitely come back with a medal. It didn’t happen. In this tournament, I was on the opposite side. I was feeling , I didn’t have any expectations on myself. It was only about playing my best. I know that if I can play really well, I can beat anyone.”