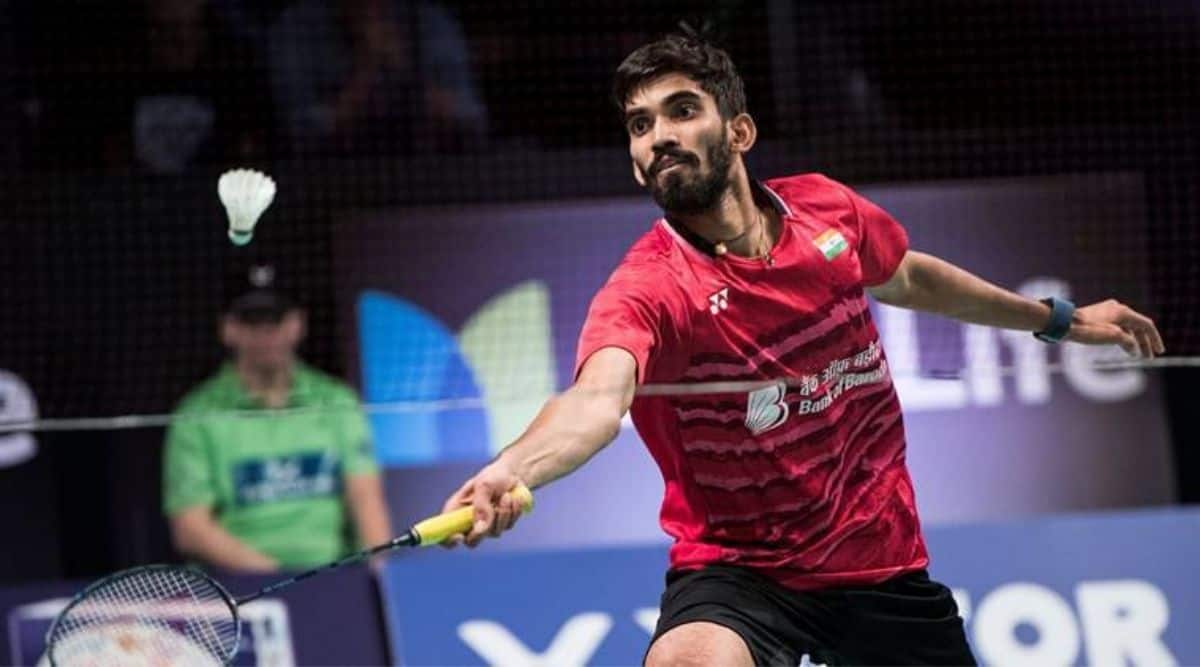 Chief national badminton coach Pullela Gopichand has lauded Kidambi Srikanth for winning a historic silver medal at the world championships but said he will need to cut down on his errors in order to remain consistent through a busy 2022.

The 28-year-old from Guntur, a former world number one, on Sunday became the first Indian man to claim a silver medal at the prestigious tournament.

In the summit clash, Srikanth, currently ranked 14th, blew leads of 9-3 and 18-16 in the two games against Loh Kean Yew to see the coveted title slip out of his grasp.

“Srikanth’s game got sharper and sharper as the tournament went by. He was lacking in confidence when he started playing this year but some performances against players such as Lee Zii Jia and Kento Momota gave him some confidence,” Gopichand told PTI.

“He got his form in time but he will need to curb his errors to be more consistent as he prepares for the big year ahead where there will be big ticket events like the Commonwealth Games, Asian Games.”

Srikanth will be defending his men’s singles title at the Commonwealth Games and is expected to play a big role as India look to retain the mixed team gold at Birmingham.

He had a stellar run in 2017, securing four super series titles in five finals. It was a rare feat achieved only by the likes of Lee Chong Wei, Lin Dan and Chen Long in a calender year.

However, the year ended with Srikanth suffering a knee injury during the French Open in November, and he aggravated it at the national championships.

The Andhra Pradesh-born shuttler managed to claim the coveted Commonwealth Games gold at Gold Coast in 2018 and also remained world number one for a week in April, but then came the slide.

The knee injury and other niggles, especially related to his ankle, affected his performance and he eventually missed out on the Tokyo Olympics after three qualifiers were canceled due to the COVID-19 pandemic.

“With back to back tournaments, sometimes it becomes difficult for a player to recover from an injury. Srikanth was troubled by his injuries as he hastened himself back from it with the Olympic qualification at stake,” Gopichand, the 2001 All England champion, said.

“But it is good to see him sustain long three-game matches in Spain and he has been also playing continuously right from the Sudirman Cup, so it is a good sign.”

India had three players in the men’s singles quarterfinals, with HS Prannoy and Lakshya Sen also entering the last eight, apart from Srikanth.

While Lakshya lost to Srikanth to sign off with a maiden bronze in his first attempt, former top 10 player Prannoy’s fine run came to an end at the quarterfinals after he lost to eventual champion Loh Kean Yew of Singapore.

Gopichand said the fine performance of the Indian men’s singles players augurs well for the team ahead of a hectic 2022.

“It is good to see three shuttlers reaching the quarterfinals. While Srikanth reached the finals, I think Lakshya also did very well and Prannoy also put up a good performance at the tournament. Praneeth played well in patches, Sameer is also looking good.

“It is good to be on the bright side ahead of an important season ahead,” he signed off.